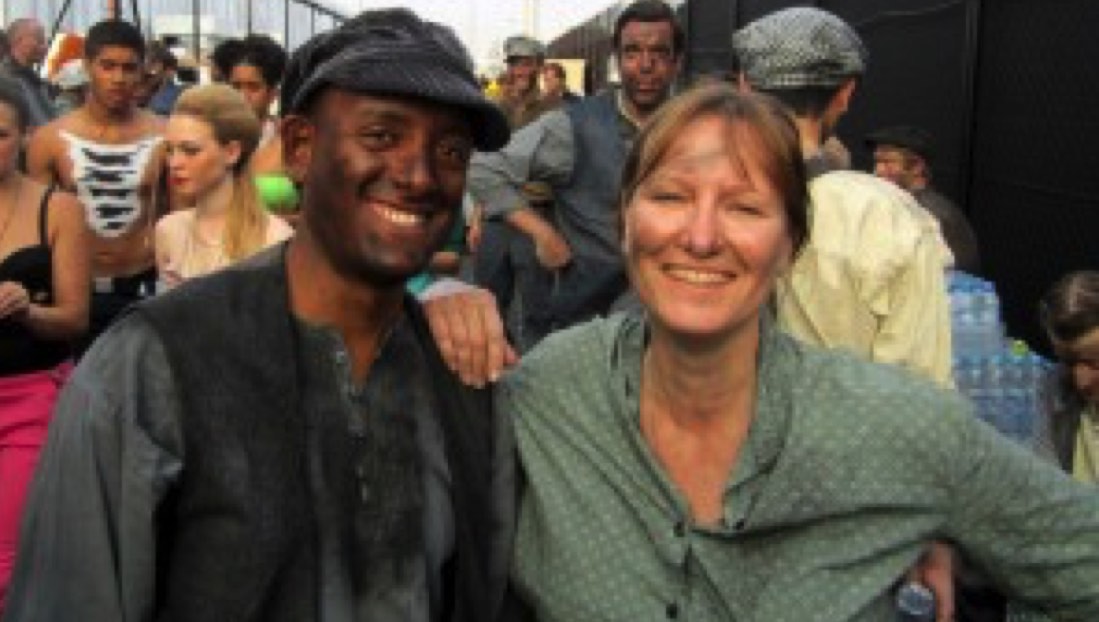 Following my thoughts on the philosophy and values behind participatory arts (see the blog Participatory Arts 1, here are a few performances I’ve seen recently that stem from such practice:

London 2012 Olympic Games Opening Ceremony. As everyone knows, the participation performance par excellence, taking largely un-trained people to the largest audience imaginable. The vital ingredients were the clear artistic vision, the professionalism of the trainers, technicians set builders and everyone involved in production, the level of respect given to the volunteers by the professionals and the commitment, self-belief and sheer joy at being involved witnessed in the volunteer performers.

Dance United’s Inbetween, one of the pieces performed in A Holding Space at The Place, London this October. Again, the fact that these young people from varied (non-dance) backgrounds, had the chance to work with and be tutored by professional choreographers gave the piece extraordinary excitement and freshness. I was holding my breath, not for embarrassment at amateurism, but because I was genuinely eager to see what moves they would make next. Dance United’s model is to commit itself to the young people who get involved, and to develop them over an extended period of time through intensive sessions. The faith thus placed in the young people can only help them to have faith in themselves, allowing them to achieve these professional performances – to the extent that it seemed a shame it finished with the spoken words reminding us that it was a ‘youf project’. in appreciation of the piece, I felt I had gone far beyond needing that. The other two pieces were very beautiful too – but the great accolade for the Dance United dancers was when my companion (who doesn’t take at all kindly to socially-motivated art projects!) also was riveted by the Inbetween and declared it the best of the show, due to the freshness of the movements.

Local schoolchildren involved in The Collectors at Bloomsbury Festival 2012

The Collectors, the opening event of Bloomsbury Festival this year was more one for the parents. In the dark and in a downpour, meandering through the paths of Russell Square Gardens, it was hard for an outsider (me) to make sense of what was happening – or to hear or see very much. The primary school children lined up waiting to play their part seemed thrilled to be there and at the centre of attention, carrying the lanterns and objects they had made from recycled plastic. Billed as a collaboration between The Place, Soundcastle, designers and performers and local schools, inspired by The Grant Museum of Zoology and supported by Arts Council England, this had ‘fireflies’ dancing in Russell Square, luminescent fish swimming among the trees and the skeletons of ancient animals striding the paths. To an audience member, the concept was great; but the time and resources dedicated to pulling it off well were lacking.

And ok, the rain didn’t help. More importantly, how can we measure the impact of involvement in this kind of project on the children concerned? One of the schools also had an exhibition of pupils’ drawings of what they want to be when they grow up – with admirably high-reaching aspirations.

A more self-determining (and more traditional?) route into arts participation was in evidence at the Market Theatre, Ledbury – one of those small local venues that programme a mix of good touring productions, music, and amateur drama and choral shows. Like many venues, it will depend on income from both the professional and the amateur programme to keep open, and from what I could observe, local residents as eagerly attend quite controversial new writing drama as they support the am-dram and community choir. The fact that in the latter cases, nearly everything is accomplished by ‘volunteers’ is bound to play and important role in balancing the books. In audience development terms, are both strands equally necessary in ensuring the theatre-going habit?

Evidence of the wide local support for The Market Theatre, Ledbury.

The performance of Sandy Wilson’s The Boy Friend by Ledbury Amateur Dramatic Society was energetic and enthusiastic. Certainly, the skill level on show varied widely, and the singing was weak – in volume. They hadn’t been taught how to belt the sound out like troupers, even in that small auditorium. There was nothing like the level of professionalism evident in the Dance United show. But it was a predominantly young cast – late teens, fitting it in around school work – and maybe one or two of them will seek and be given the sustained time and support from professionals to properly realise their talent. After all, I remember a certain Tim Etchells being involved in our school panto …