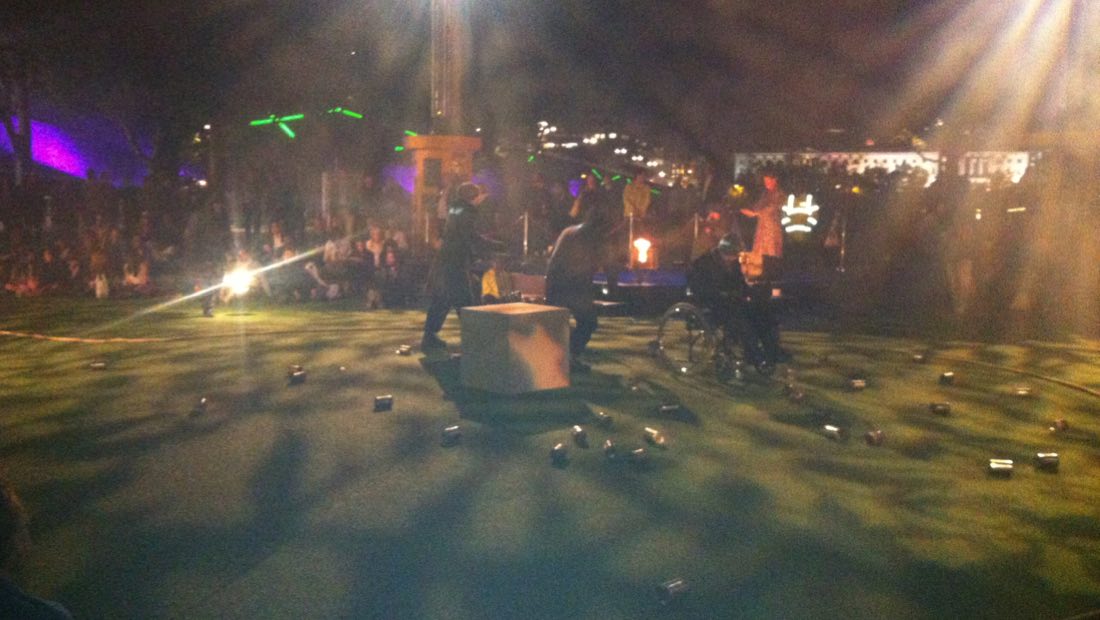 Time moves on. It seems a lifetime ago that London was overcome with Olympic and Paralympic enthusiasm. Back in the day, especially during the Paralympics, we were fired by the knowledge that anything was possible: we only had to dream and then apply ourselves to our dreams. And somehow we developed a new sensibility, where what we had previously thought of as the heights of ability, skill or perfection were suddenly overturned by a realisation that other people had a different way of doing things, imbued with different – but not lesser – measures of ability, skill or perfection.

Do we still remember and act on those revelations, even just a few weeks later?

I sometimes take issue with Arts Council England’s emphasis on increasing engagement levels among the “somewhat engaged” or the ‘Not really very engaged at all”. I don’t mean that access to art should be restricted to the educated few. Living in London, I have very easy access to a full range of artistic experiences, and the freedom to avail myself of them. In surveys, I probably tick all the top boxes for frequency of attendance and range of art forms accessed. But how long do those events reverberate within me? Time moves on, the next experience comes along, complete with its own resonances. The memory of the earlier one becomes distant, just like the memory of the Olympic emotion seems distant now.

When I first started working in arts marketing, I explained my motivation as wanting to help as many people as possible experience the way art can make you stand outside your life, even if just for a moment, and let you reflect back on and evaluate your life afresh.

I’ve often spoken with people for who an artistic or cultural event is encountered just once or twice a year – maybe less. But the resonances of that encounter are still with them. They thrill to describe it to you: how they felt, what was important, what it made them think. They mine the experience over and over again, still experiencing the reverberations in them. To me, the value they draw from those occasional encounters appears far higher than the value I get from my many encounters.

Is that suggestion too far from the arts and cultural tenets? But maybe it’s not just me. See Jake Orr’s newest blog about needing a break from watching theatre, and @Will_norris’s tweets on concerts.

So, going back through my photos from the summer, I was glad for the chance to remember and reflect again on some of the occasions when other people’s interpretations of the world and its possibilities were presented in a way that shook me out of myself and made me reflect. This photo of Irresistible by Jez Colborne and Mind the Gap is not great – I was too taken up with the performance to remember to take others. But it reminds me of why that was – and my thoughts and responses at the time.