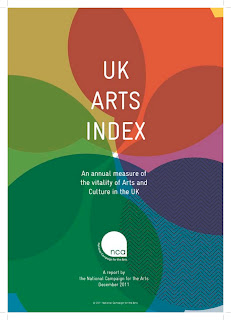 At the London members meeting of the Museum’s Association last week, delegates were asked what they most needed. ‘Advocacy’ came the response. Advocacy towards local authorities and government who seem not to value the contribution museums make to society. Advocacy to fundraisers, to donors and sponsors. Even advocacy on behalf of the smaller, local and outer London museums to the big central Nationals to whom much is given.

As the discussion matured, it appeared that what people particularly felt was needed was robust, authenticated evidence of the good museums do – whether in social, educational or economic terms. They wanted facts, evidenced over a longer period of time: ‘We need more than just feel-good quotes’.
A few people pointed out that the arts sector were streets ahead of the museums sector in this, with well established measuring and benchmarking models and evaluation techniques developed, in many cases, by the network of audience development agencies. Indeed, even as the MA meeting was tussling with the issue, over in the House of Commons, the National Campaign for the Arts and Audiences UK, with director Sam West, were launching the new Arts Index as ‘an annual measure of the vitality of Arts and Culture in the UK’. This pulls together a number of different research sources to produce 20 indicators of the state of the sector – and shows that while there has been a sustained decline in private sector support from 2007/8 to 2009/10 a large, one-off injection of public funds from the Lottery went a long way to offset this. But as the report points out, ‘The Index does not reflect recent cuts to both which began to take effect in England in 2010/11. The 2012 Index will help measure the impact of the “double squeeze” already taking effect during 2011.’ Other headline findings show that employment in the sector has decreased, adult attendance figures have remained stable; satisfaction levels rose, digital attendance has increased significantly but there is a large (and growing) gap in experience between some of the English regions. 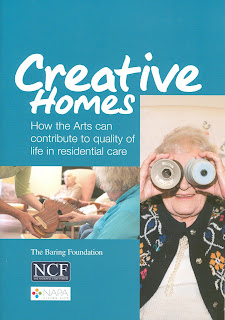 Meanwhile, other thorough investigations into the impact of the arts in different settings are published by funding bodies such as the Baring Foundation – see their report into ‘Creative Care Homes’.
So, research has been done – in this country and elsewhere. Perhaps what is most needed is a way for practitioners in the industry to easily locate the evidence they need, and to have confidence in its robustness.
On the other hand, given that there are holocaust deniers and climate change deniers, despite all the evidence in those fields, perhaps there are some people who just don’t want to be convinced….