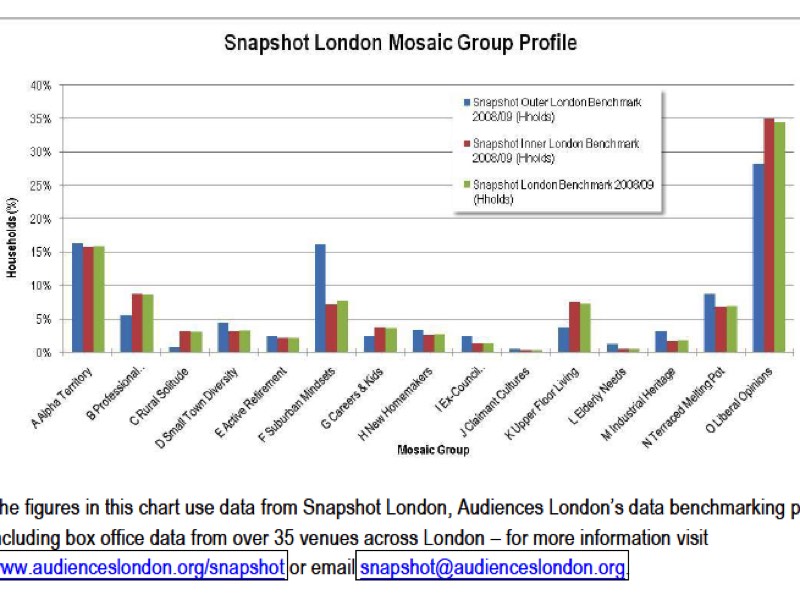 I studied the research results to look for patterns and behaviours that venue programmers and marketers could use to more effectively engage with their local audiences. I then led collaborative work sessions with the project participants to help their understanding and move them towards intelligent implementation of actions based on the insights gained. See

With this greater understanding of their local audiences – whether local residents or people working locally – the venues understood the most effective ways to approach potential audiences and build loyalty. Some developed bespoke youth or student memberships, or other responses specific to their local environment.

Venues also saw that local loyalty translates to low cross-over in audiences between the venues, which in the years since has led to increased initiatives of co-production and local London touring of shows, allowing word of mouth marketing to build.